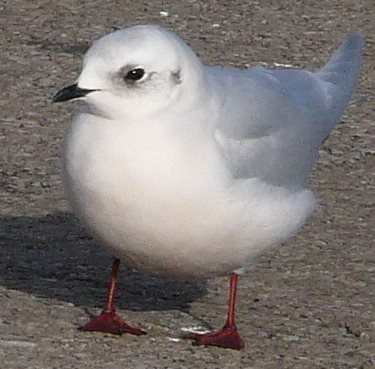 Q: Taking the given information as accurate (which I absolutely true to my knowledge and my four other siblings which saw this bird, possibly Ross's Gull), please give me your opinion.

Now that I have obtained more gull experience, and because the observers still remember the gull very accurately, I thought an ID might be possible.

I have no photos. I realize Ross's Gull is an extremely rare species (it would be the first Michigan record). I look forward to your response, and thank you very much.

Reply: From your description, especially the details about the collar and size, I cannot think of anything else this gull to be but a Ross's Gull.

The only other gull that it can be confused with is a Little Gull which you have seen plenty of and are confident that it is not.

Of course during the time of the year that you saw the gull (January), the Ross's gull would be in its winter plumage and the collar would not be distinct - but as you said, it was faded. The Little Gull would have a dark cap in the winter.